About Your State Theatre of Ithaca 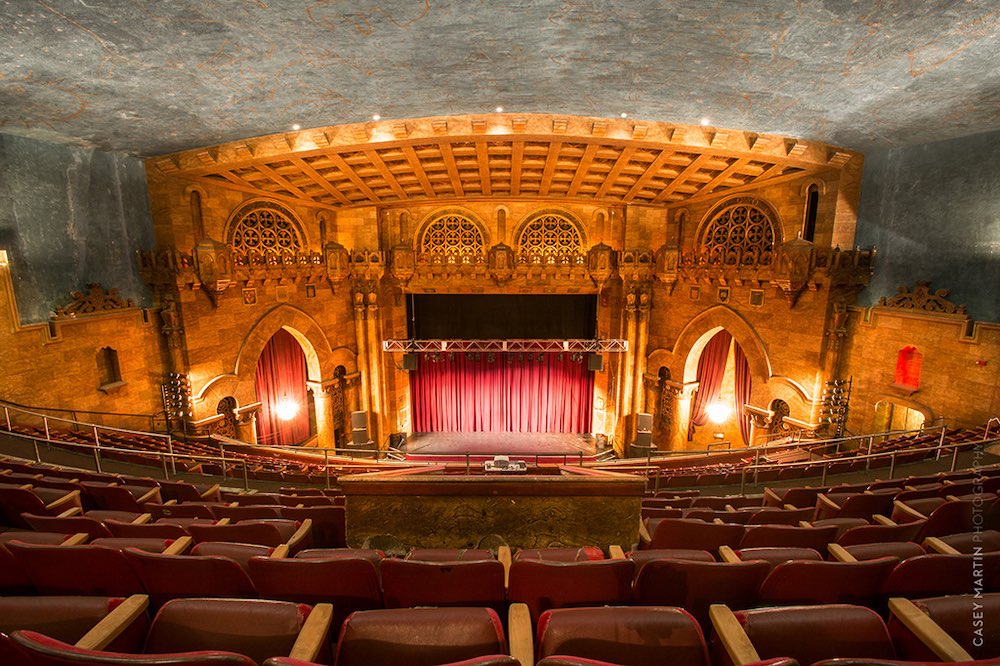 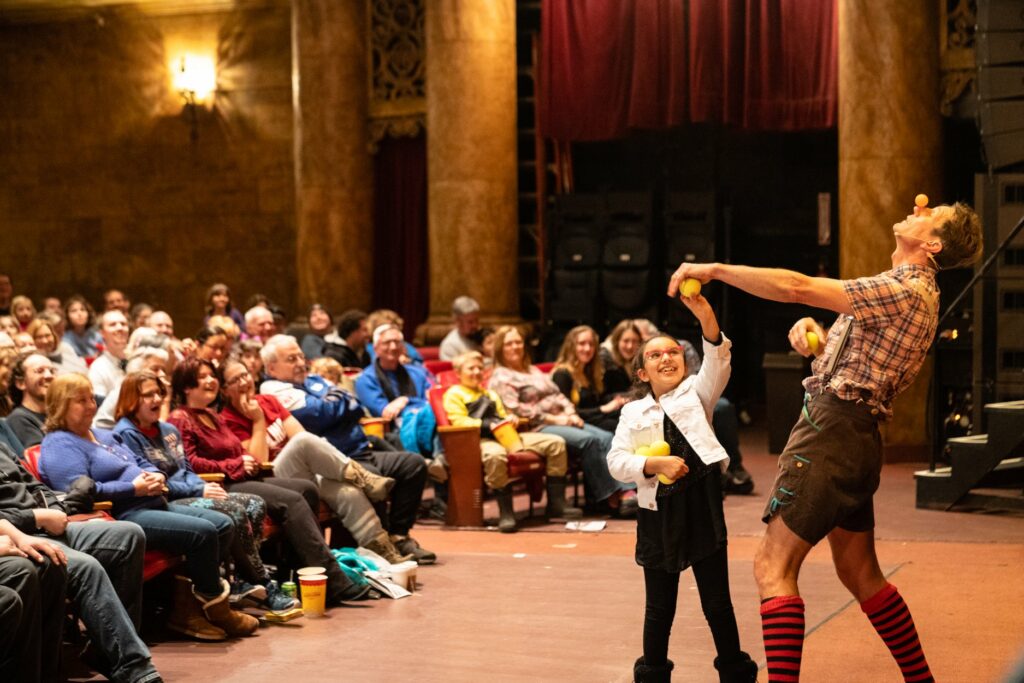 To enhance the cultural life of Ithaca and the Finger Lakes by preserving, operating and promoting the historic State Theatre as an active venue for national, international and community performances and programming.

To restore and preserve a historic, working theatre
To present top-quality, diverse entertainment
To enrich downtown Ithaca and the entire Finger Lakes region as a vibrant, fun place to live

Quality – We challenge ourselves at all times to do our work better, seeking the highest quality in all of the work that we do, with the finest performers and events, the best customer service, and the richest experiences for all of our patrons, volunteers, and supporters.

Engagement – As our community’s largest living room, we are a forum for public engagement in the Arts, education, and community involvement and improvement. We celebrate the tremendous power of the communal experience.

Responsibility – We are the stewards of our historic 1928 theatre, and as such we take great pride and care in preserving our home. We will use the resources entrusted to us in a responsible manner, and we will take seriously your confidence in us. We firmly believe that our work has enormous potential to make a difference.

Fun – We will always remember that we’re in the entertainment business. If we wish to bring our patrons enjoyable experiences, our staff, volunteers and board should enjoy them too, and have fun in all that we do..

A Brief History of the State Theatre

Since 1928, The State Theatre of Ithaca has served as one of the most significant venues for performing arts in the Finger Lakes region.  With its 1,600-seat capacity, it has long been the largest venue of its kind in Ithaca, New York.  According to the History Center of Tompkins County, downtown Ithaca once boasted seven grand theaters, including the Lyceum, the Crescent, and the Strand.   A longstanding community destination for Ithacans and surrounding residents, The State Theatre is the last remaining historic performing arts theatre in all of Tompkins County.

The building dates back to 1915. Designed by local architect Henry N. Hinckley, it was originally an auto garage and dealership, specializing in Studebakers.  In the mid 20’s, two Cornell Alumni, Lewis Henry ’09 and A.F. McCann, created Cornell Theatres. Inc.   In 1926, Cornell Theatres, Inc. purchased this building and hired celebrated theatre architect Victor Rigaumont to design and oversee the transformation of the garage and showroom into an atmospheric cinema and vaudeville palace. Rigaumont incorporated elements of the Moorish and Renaissance Revival Styles and the Collegiate Gothic symbolism of their alma matter to create a magical haven for theatre and moviegoers. Opening night on December 6, 1928 was a memorable and entertaining spectacle featuring Paul Tremaine and his Aristocrats of Modern Music. The show promised “21 Peppy, Snappy Entertainers” and admission cost 50 cents.

The State Theatre flourished as a premier entertainment venue and was a source of great pride to Tompkins County residents for many decades. Beginning with vaudeville, the theater has evolved with the times. When movies became more popular in the early 1930s, the theater thrived primarily as a cinema house. After World War II, with the advent of television and suburban movie houses, downtown cinema palaces like the State struggled. To adapt, the owners added a second movie screen in 1976, dividing the balcony from the main house. In 1977, the theatre screened Star Wars, and boasts all forms of live entertainment today.

When the movie business alone could no longer support the building, the owner considered demolition. In the mid-90’s, a major infusion of community volunteerism and seed money from the Finger Lakes GrassRoots Festival of Music and Dance allowed for the removal of the balcony wall and a return to theatrical programming. If you look up from the front of the balcony, you can still see a visible line where this dividing wall met the ceiling. For three years, the Ithaca Performing Arts Center (IPAC) produced a broad range of shows, from local theater troupes to world–renowned musicians and touring Broadway shows. Lacking adequate capital, IPAC was unable to maintain the aging infrastructure and the building was eventually deemed unsafe to occupy. The tenure of IPAC, however, proved that there was a demand for larger theatre-sized events as long as the venue could be kept open with additional community support.

On May 5th 1998, Historic Ithaca acquired the building and applied its expertise in preservation to revitalize the structure. A new roof (with thermal insulation!) was installed, historic plasterwork was stabilized and repaired, lighting and electrical systems were updated, and the organization learned how to run a theatre. Strong community support bolstered the first phase of the project and secured desperately needed funding from municipal, foundation and private donors. In 1999, the American Institute of Architects recognized the State Theatre as one of the 60 Most Significant Architectural Landmarks in New York State. The building was added to The National Register of Historic Places a few years later.

In the spring of 2009, The State Theatre of Ithaca, Inc., a newly formed 501(c)(3) not-for-profit organization, purchased the State Theatre from Historic Ithaca. This allowed Historic Ithaca to return to its core mission of promoting architectural preservation programs and services in the Ithaca community. As the caretakers of this beautiful building, we take great pride in the architectural genius, outstanding acoustics, and exquisite ornamentation that can be found throughout the hall. We are also extremely grateful to Historic Ithaca, IPAC and all the other people and organizations that have helped shepherd this building. Without them, this community gem would have been demolished many years ago. 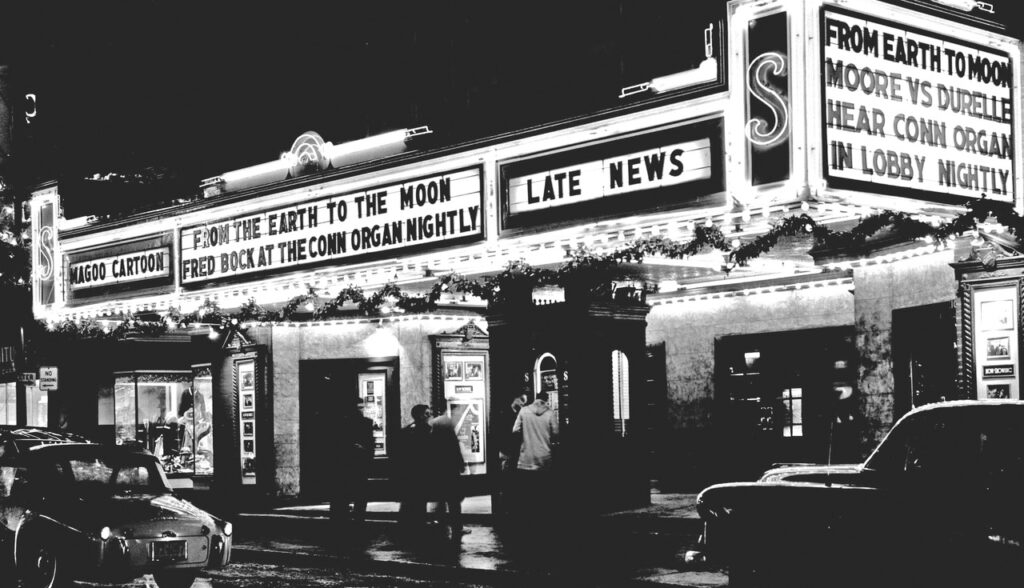 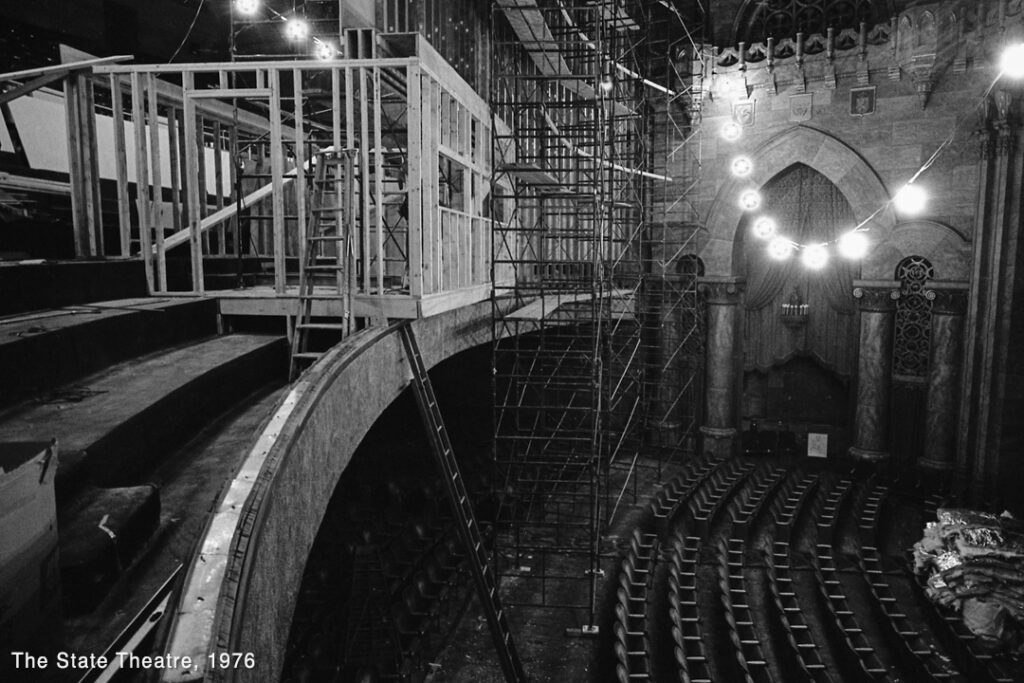 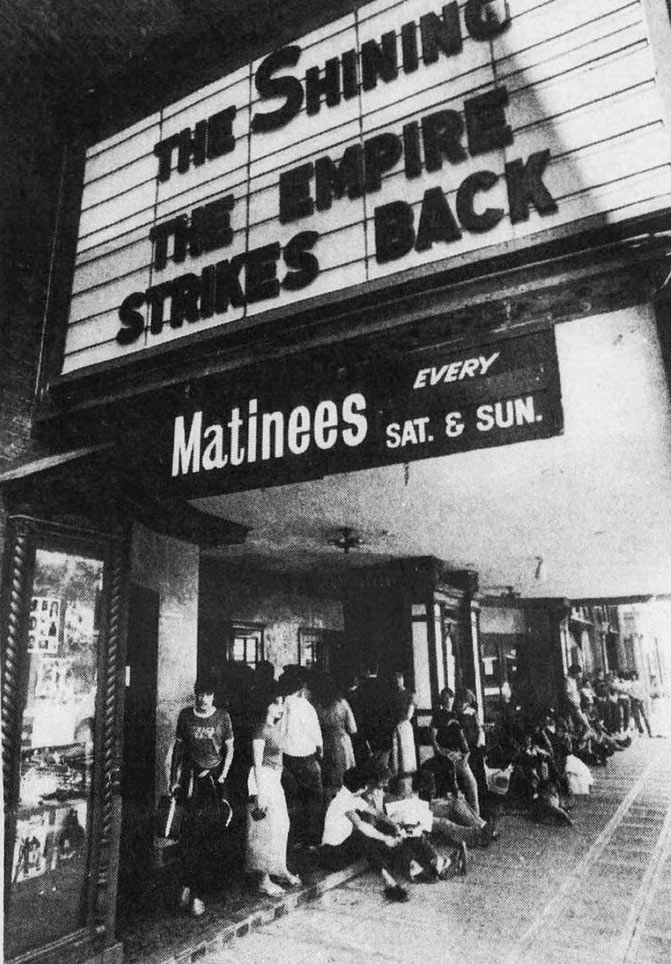 Since taking ownership in the Spring of 2009, State Theatre of Ithaca, Inc. has managed to make significant improvements to this building. Some of the major projects that we have completed include the following:

During the Summer of 2015, our primary restroom facilities were completely renovated. This has nearly doubled the number of fixtures and tripled the amount of hand washing stations. Now you can spend less time waiting in line and more time enjoying the show!
In 2010, major upgrades were completed to the stage and fly-gallery. A $92,000 rigging project added 13 counterweight line sets to the existing system allowing greater programming options and a more professional production space.
In 2011, a significant portion of the damaged plaster that was highly visible throughout the interior of the theatre was carefully repaired and repainted, helping to bring the theatre back to the original grandeur from when it first opened in 1928.
In 2012, a local foundation funded the purchase of a new digital movie projector, allowing us to bring Classic Movies back to The State Theatre! Since then, our Classic Film Series has added over a dozen vents to our calendar each season, filling up nights in which the theatre would otherwise be dark.
In 2014, upgrades were made to our backstage and artist hospitality area, providing a more comfortable, relaxing space for our performers before and after their performances.
The entire front entrance, including the plaster ceiling under the marquee, has been renovated, and many other improvements have been made to the lobby, including the repainting of all of the wood beams throughout.
With over 3,000 light bulbs throughout the building, many have been converted to light-emitting diode (LED) technology. Additionally, the installation of new satellite lighting stations has helped the theatre become significantly more energy efficient.
The tiny light bulbs in the ceiling of the theatre have been repaired and replaced, so once again our “stars” can come out at night.
An insulated load-in door was added to the stage to seal a major air leak, ensuring an ambient stage temperature during performances and saving significant money on energy.
A new handicap accessible drinking fountain was installed, giving all of our patrons access to free drinking water.
The original 1928 poster boards were restored and repainted and now hang on the exterior of our building, beautifully showcasing upcoming performances
Many of these projects would not have been possible without substantial community support. Other projects that we are considering for the future include lobby expansion, creating more flexible seating, replacing the stage and the installation of a new air cooling system which would allow us to increase our programming during the hot summer months.

As long as we continue to receive support from this community members like you, The State Theatre will remain a vital fixture in Tompkins County’s arts landscape, allowing us to continue to bring world class talent to the Ithaca community in a safe and beautiful environment. 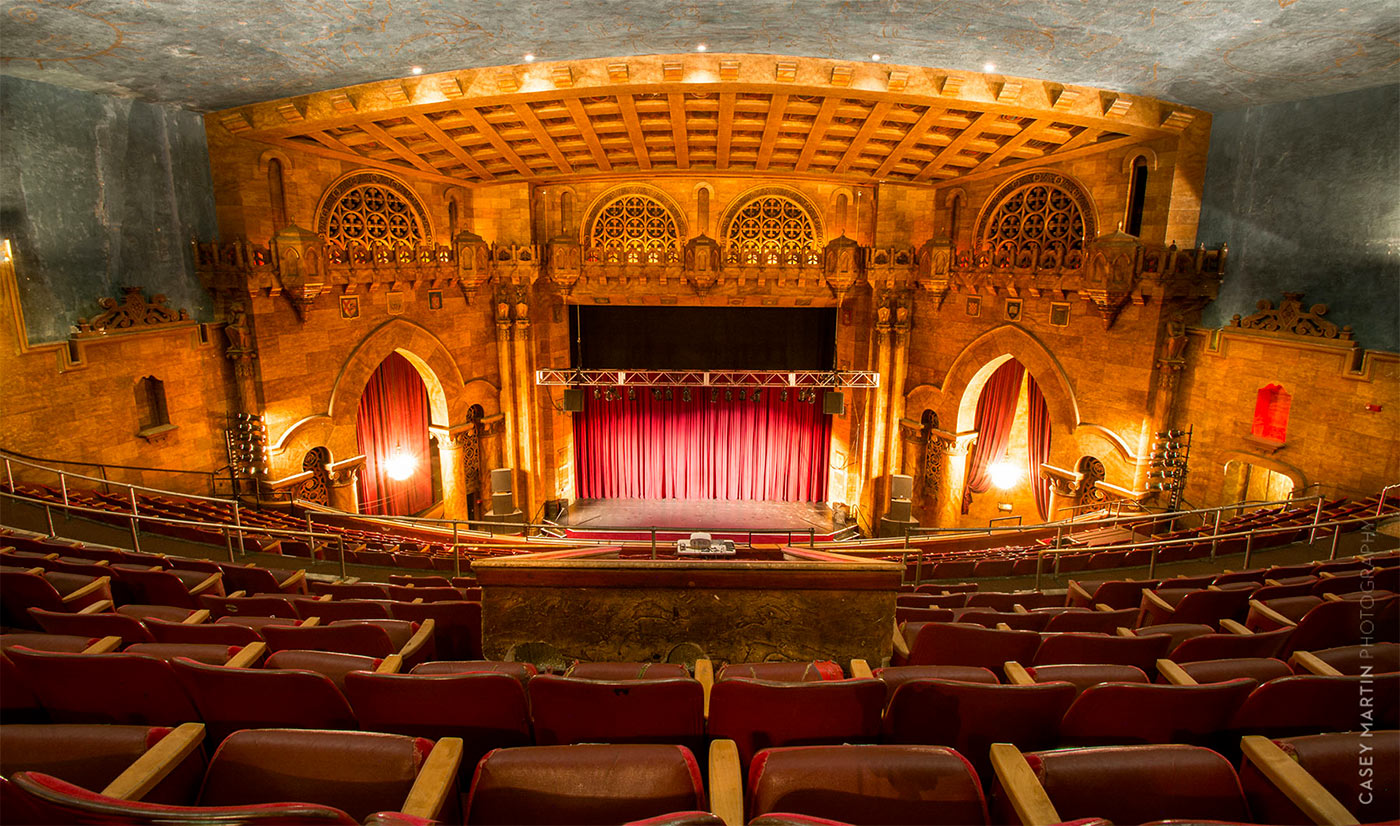 Get Social With Us

Sign up to receive updates, promotions, and sneak peaks of upcoming products. Plus 20% off your next order.