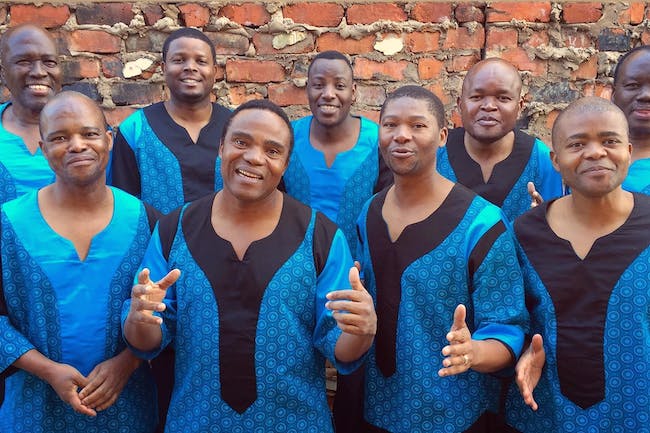 The State Theatre of Ithaca and DSP Shows Presents

The State Theatre of Ithaca is still requiring proof of vaccination for all patrons, staff, artists and crew for admittance to all shows and events at downtown Ithaca’s last remaining historic performing arts venue. Results from a negative COVID test are NOT currently accepted for entry for any individuals. In addition, masks are still required to be worn at all times while at the venue and in any common areas. You may pull your mask down when actively eating or drinking only. Currently, booster shots are not a requirement to be considered vaccinated for admittance.

The State Theatre is adhering to guidance from The Tompkins County Health Department. On Friday, February 25th 2022, the health department announced, “Tompkins County’s mask advisory will stay in effect as Tompkins County is currently listed as having a “high” community COVID-19 level under the CDC’s new framework. The CDC announced updated community level metrics related to new COVID-related hospital admissions over the past seven days and the percentage of hospital beds occupied by COVID patients, as well as new COVID cases per 100,000 people over the previous seven days,” said the Health Department. “TCHD continues to report local data, including hospitalizations. Cayuga Health System continues to report capacity at Cayuga Medical Center.”

The State Theatre of Ithaca asks all patrons to bring their vaccination card (or a photo of it) and/or their NYS Excelsior Pass, along with a corresponding state or federal ID for entry.

As a responsible business, it is our duty to protect the health of our staff, performers and patrons in our iconic and historic indoor space. We encourage anyone who has yet to be vaccinated to get their shots as soon as possible. You can find a vaccination site near you at: www.vaccinefinder.org

Thanks for continuing to do your part and please stay safe.

The State Theatre of Ithaca

For 60 years, South Africa’s five-time Grammy Award winners, Ladysmith Black Mambazo has warmed the hearts of audiences worldwide with uplifting vocal harmonies, signature dance moves and charming onstage banter. It was Paul Simon’s 1987 Graceland album that introduced Ladysmith Black Mambazo to the world. The late former South African President Nelson Mandela designated the group “South Africa’s cultural ambassadors to the world,” a title the members carry with them with the highest honor. In 2018 the group received not one but two Grammy Award nominations for two separate albums, a first in the history of World Music. These two nominations brought their career total to 19 Grammy Award nominations. One of these albums, Shaka Zulu Revisited, won Best World Music Album. This was the group’s fifth Grammy Award win, the most for any World Music group. In 2019, Ladysmith Black Mambazo collaborated for the third time with the famed Steppenwolf Theatre Company on a production entitled Lindiwe and released an album with songs from the show.

Ladysmith Black Mambazo has performed for millions of people, singing a message of peace, love and harmony.