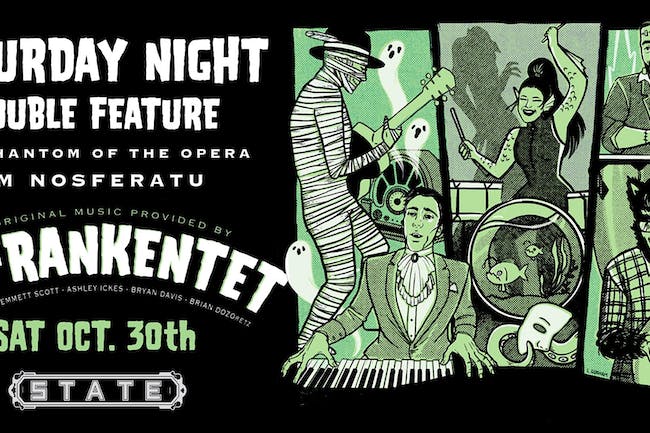 Double Feature: Phantom Of The Opera & Nosferatu; Featuring The Frankentet

7:00PM: The 1925 The Phantom of the Opera - American silent horror film a deformed Phantom who haunts the Paris Opera House, causing murder and mayhem in an attempt to make the woman he loves a star.

9:00PM: The 1922 F.W Musau's NOSFERATU -In this highly influential silent horror film, the mysterious Count Orlok summons Thomas Hutter to his remote Transylvanian castle in the mountains. The eerie Orlok seeks to buy a house near Hutter and his wife, Ellen. After Orlok reveals his vampire nature, Hutter struggles to escape the castle, knowing that Ellen is in grave danger. Meanwhile Orlok's servant, Knock, prepares for his master to arrive at his new home.

The Frankentet is the brainchild of Bryan Davis, picking pieces of his favorite bands and stitching together a familiar yet frightening ensemble. Featuring Tenzin Chopak, Emmett Scott, Ashley Ickes, Bryan Davis & Brian Dozoretz

Classic Movies: Phantom Of The Opera & Nosferatu; Featuring The Frankentet is a part of the M&T Bank Classic Movie Series 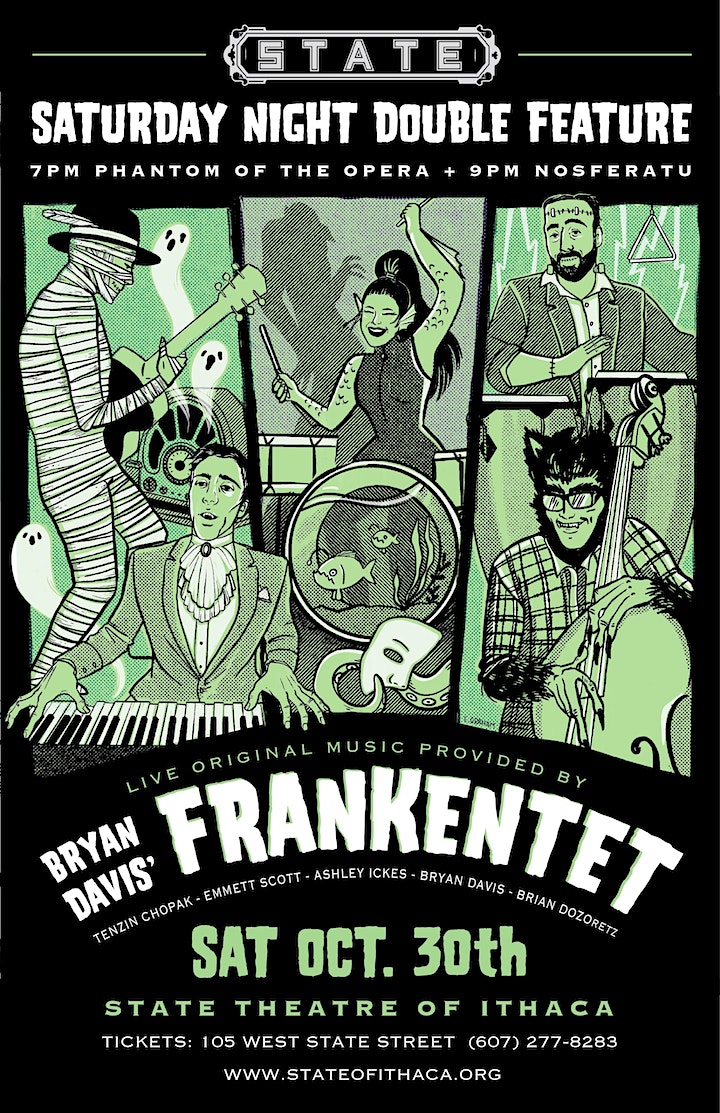